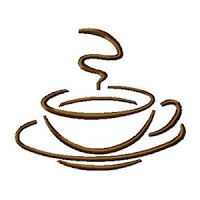 "Try to understand what a gift Hezekiah received. Not only did the shadow of the sundial return but also the time indicated by the shadow. He was younger. A  few minutes or hours were as if they had not passed yet. All hours and days belong to God, and if He chose, He could let you relive today an hour from thirty years ago.

At Cana, Jesus changed the water into "good wine" (John 2:10). Good wine is old wine. So Jesus changed water not into a liquid that immediately became wine, but a liquid that had become wine long before. When a man is converted, not only are his present and future transformed, but also his past. He is changed into a man who has always been elect and righteous in God's eyes."
Alone with God by Richard Wurmbrand (founder of Voice of the Martyrs), p. 84, emphasis mine.
at 8:00 AM

Email ThisBlogThis!Share to TwitterShare to FacebookShare to Pinterest
Labels: My Morning Cup