My 4.42 Moneymaker Shoes Purchase and More Apparel Deals from Target! 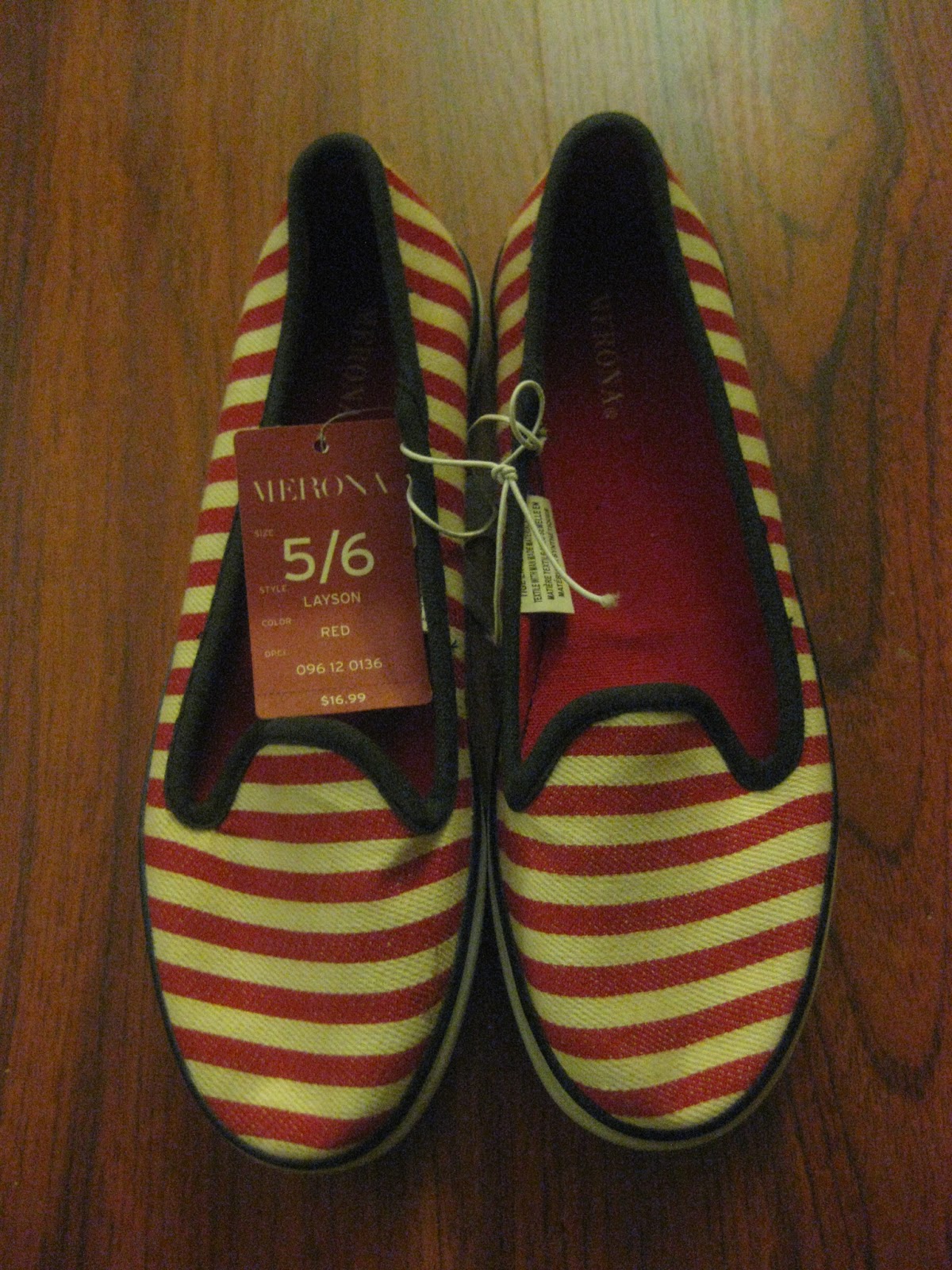 A couple weeks ago, I went to Target and scored on some great clearance apparel deals using some high value apparel coupons (no longer available). One sweet deal was an adorable red, white, and blue pair of women's flats that was 8 cents after coupon. They didn't have my size, but I still bought them since they were such a steal. I was going to give them as a gift, but then I didn't know exactly whose feet would fit in that size shoe or who would like that style. So instead, I decided to list them on eBay and they sold for $4.50 plus shipping... A $4.42 moneymaker for me! 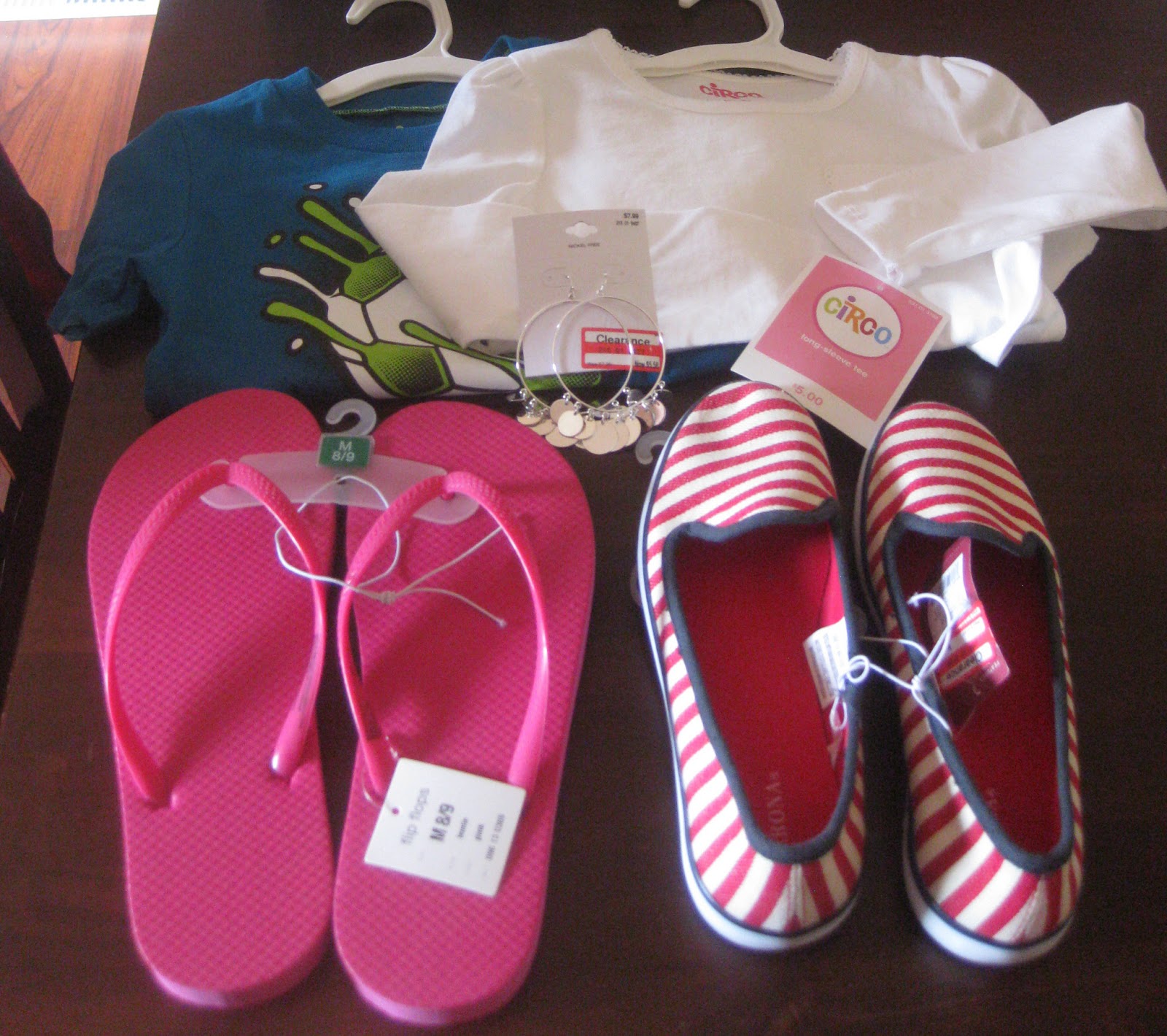 Also, that same trip, I got a white long sleeve 4T girl's shirt for 50 cents, a 3T boy's tee for 50 cents, dangly earrings and pink women's flip flops for free!

It definitely pays (literally) to print those Target apparel coupons off when they are released!
at 5:22 PM