Public Service Announcement: there are not fifty shades of grey, but black and white. 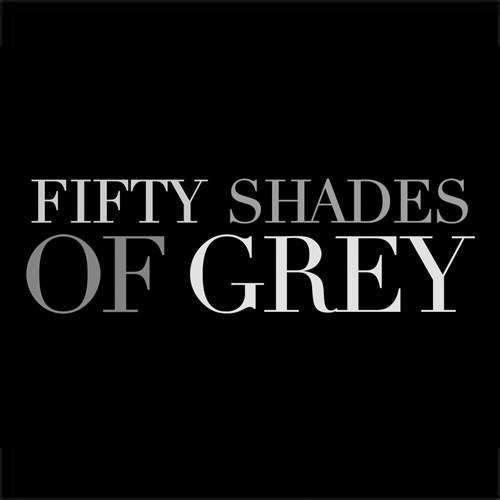 I've never read the book, thankfully, but I've gotten the gist of the plot through other blog posts and, most recently, through the Super Bowl trailer commercial, which also annoyingly plays on YouTube while my preschoolers are watching kid shows.

Well, the commercial worked against itself, as I've had a growing impulse to share this Public Service Announcement after being subjected to the marketing of such a moronic book that has attracted so many people and is now opening as a movie on Valentine's Day (because that's romantic). It's probably good for my readers' sake that I don't normally watch cable.

So here's my PSA: the real world does not consist of fifty shades of grey, but black and white. People can pretend to not live in the real world, but that doesn't make it less true. We're either for God or against God, forgiven or condemned, righteous or unholy, covered with grace or wrath. The more I understand the Gospel of Jesus, this amazing news makes it clear to me, you're either working in your flesh or in the Spirit, you're a zero or a one.

Our just God will not tolerate grey, it's either him or not. His kingdom or this world. So please, do not go see such a perverted, immoral movie to celebrate love. Let's call it like it is: This is not love, it is not grey, it is wrong. Just like so much in our society that people proclaim as grey, or worse yet, white.

Also, I prefer to spell grey as gray.

"Therefore God gave them up in the lusts of their hearts to impurity, to the dishonoring of their bodies among themselves, because they exchanged the truth about God for a lie and worshiped and served the creature rather than the Creator, who is blessed forever! Amen." Romans 1:24-25
at 4:35 PM

Add comment
Load more...
Newer Post Older Post Home
Subscribe to: Post Comments (Atom)
Welcome! This blog was created by a stay at home mom, who desires to excel at the grace of giving. Through the years, it has evolved along with me on my frugal living journey. Today, it exists simply as an extension of my life. I hope it encourages you on your journey, too! Come join with me in the pursuit to be a trustworthy, powerful steward for the Lord amidst everyday family life.